World music is a musical category encompassing many different styles of music from around the globe, which includes many genres including some forms of Western and easter music represented by folk music, as well as selected forms of ethnic music, indigenous music, neotraditional music, and music where more than one cultural tradition, such as when ethnic music and Western popular music.

World music singer from Anatolia young singer Lale Kocgun lives in Germany  singsAnotolia music in lot of langauges  in Deutsch, in English, in Italians, in French, in Spanish, in Dutch, in Kurdish, in Zazaki, in almost every langauge  brings multiculture together within her  songs and beatifull voice.

you can contact with this singer for Live Concert openings day etc. 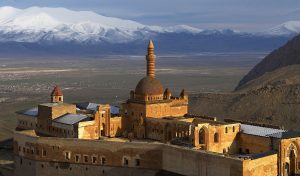 World music is a lifestyle. popular music relaxing characteristic and the meaning the soul of nature. Anatolia  lifestyle music.

enjoy the world music with anatolian lifestyle  and singing the song with beatifull voice of Lale Kocgun.

Lale kocgun mix all culture tones in one song.

Folk Music of Turkey: The Songs and Dances of Anatolia the music harmony.

Folk Music of Turkey: The Songs and Dances of Anatolia.

If you are interested in the music of the world and different climates, Anatolia is a music geography, which you must surely meet.

Anatolia, namely “Little Asia” invites you to the universe of sound, with its whole charm and magnificence all among the cultures created by human kind.

Anatolia is peninsula of the most splendid civilizations of the word, east of Mediterranean, where today the modern Turkish Republic is established.

Although the music kinds present in today’s Turkey serve an incredible variety, it is possible to sum “the traditional music type “ under three headlines